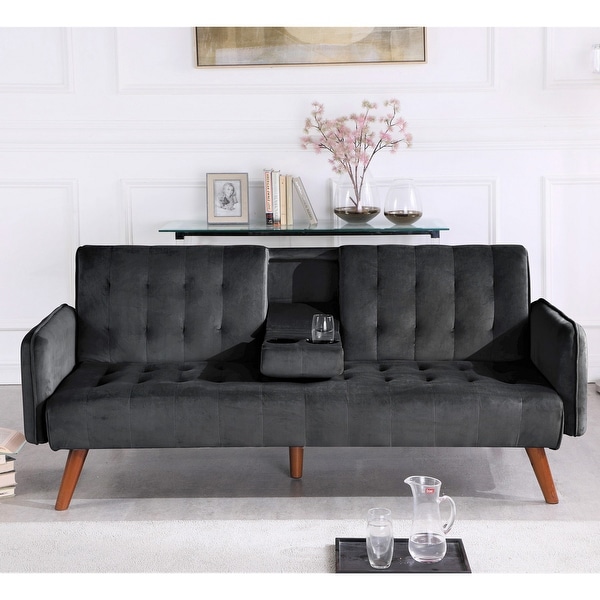 Sorry, this product cannot be shipped to your destination.

Retro style combines with contemporary convenience in this Salsater convertible sleeper sofa. Designed for comfort and style, the sofa has a straight back and arms, tapered legs, and velvet upholstery with biscuit tufting for a retro vibe. The sofa features a center, pull-down console with cupholders, and it can be pulled out into a sleeper for extra guests.