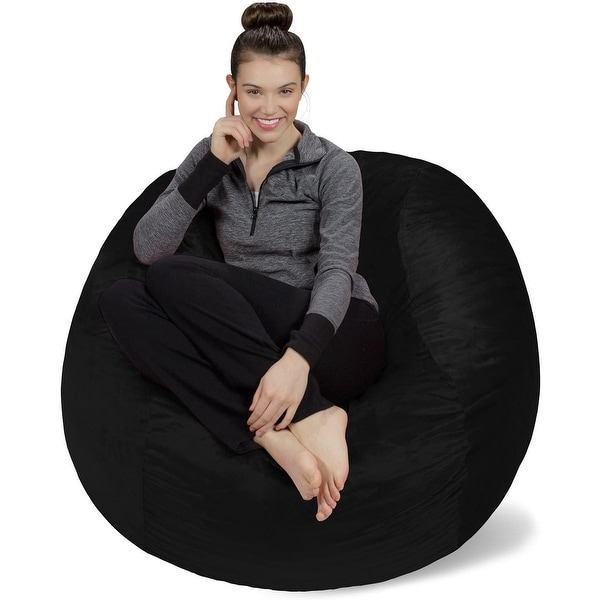 The price was great. The fabric was just what my son was looking for and the "stuffing" was just the right amount. We were surprised how small the package was when it arrived; then we opened it, and poof. Really fun without having to purchase separate filling

This user earned $1.00 in rewards for writing this review.Learn More

Cultivate the ultimate quiet corner experience just for yourself, on this supportive and funky bean bag chair. A variety of color options for its super soft micro-suede cover means you'll find the perfect pop of whimsical, fun, colorful piece ideal for your space, while a memory foam fill offers cozy, comfy, warm, and breathable support in casual, winsome style.

Items must be returned in new or unused condition and contain all original materials included with the shipment.
More Details

We proudly offer international shipping to over 180 countries and several US Territories. Click here to see a list of supported countries by region. Please note, the estimated delivery timeframe displayed at checkout combines the time to process your order, transit time to our International export facility plus the processing time to ship it outside of the United States.

Additional fees may be required by the carrier for deliveries to remote shipping locations.

For your protection, all orders are screened for security purposes. If your order is selected for review, our Loss Prevention Team may contact you by phone or email. There may be a two business day delay to process your order.

** Most Oversize orders are delivered within 1-4 weeks. Some orders may take 6 weeks to be delivered.