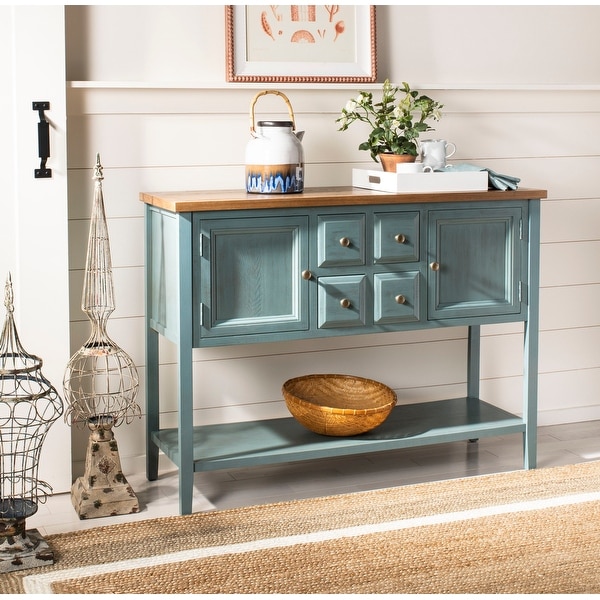 It was just what I expected! Very easy to install and the cabinets are a good size and plenty deep. I love it! I will need to drill some holes in the back so I can store electronic items out of sight (our big, ugly router and our kids' tablets for school when they're charging). I got it to help de-clutter and it is perfect.

This user earned $2.00 in rewards for writing this review.Learn More

Sorry, this product cannot be shipped to your destination.

Create a focal point in your entryway or living space with this exquisite, durable sideboard finished in French blue. The slim, versatile design and functional storage solution blends together in this rustic accent piece. Use the storage compartments to organize technology accessories, serving dishes or books.